No man is an island
People are interacting with other people, the same applies for economies. Every single economy is interacting with other economies. These interactions can be quite sophisticated. Some believe that the Norwegian central bank is somewhat coordinated with the Swedish central bank (Riksbanken). Last week, the Swedish kroner depreciated after a press conference held by the Swedish central bank. Riksbanken announced that it is lowering the forecasts for the future key policy rate. It is a known phenomenon that when the Swedish kroner depreciates, so does the Norwegian kroner. This can explain some of the depreciation we observed last week. However, it is unlikely that this is the only explanation. Usually, several forces pull in the same direction.

Fundamental factors vs psychology
We usually distinguish between fundamental factors and psychological factors when we talk about the value of assets. When we talk about foreign exchange rates, fundamental factors usually refer to things like inflation, unemployment rates and other macroeconomic factors. Over time, the foreign exchange rate should be affected by the key policy rate of the central bank of the currency area for example (see the argument above). However, in the short-run, psychological factors might cause substantial fluctuations in foreign exchange rates. Psychological factors are basically any factors affecting the beliefs and expectations of investors and which aren’t fundamental factors. Financial bubbles are the result of psychology because these bubbles are characterized by asset prices which exceeds their fundamental prices. Ingvild Borgen Gjerde in DNB Markets has offered an explanation for the depreciation of Norwegian kroner which is based on psychological factors: Investors might believe that Norges Bank will come with “dovish” surprises with respect to its policy. She points out the currencies that depreciates the most are the ones where investors believe there is a good chance of such “dovish” surprises. The term “dovish” implies that the central bank is very cautious with rapid increases in its key policy rate. In other words, investors might believe that Norges Bank will be very gradual in its key policy rate increases in the months to come.

Is this really unexpected or not?
The question is whether this is surprising or not. It is true that Norges Bank surprised investors in March by raising their interest rate path further. However, there are many important reasons for why Norges Bank should be cautious with rapid increases in the interest rate. There is substantial uncertainty in international markets and the Norwegian economy is a small, open economy that must take into consideration this uncertainty. Brexit is one such phenomenon that might cost us dearly if we are not careful. Furthermore, the Norwegian economy is thought to be relatively close to its normal capacity. I see no reason to suspect drastic increases in the key policy rate as we move on. I agree that investors might believe Norges Bank to be more dovish than it was in March. I just don’t think this is very surprising. 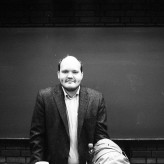 What is and What Should Never Be