We’ve all been told “You are what you eat” at least once in our lifetime. Maybe it was one of your parents, who worried about the amount of empty chip bags that had accumulated in the trash can lately, or your couch-potato buddy who had just recently decided to take up dieting and all of a sudden was giving food-advice left and right as if he was the Dr. Phil of health and exercise.

Regardless, the majority of experts within in the medical community agree that you most certainly do become what you eat, and most people accept this for a fact. However, there is one other thing that is perhaps just as, if not more, important as having a well-balanced diet, that isn’t as widely known as the common saying goes.

If you are what you eat, shouldn’t you then also be what you think?

That’s what one of the world’s leading researchers in the fields of social and developmental psychology, Dr. Carol S. Dweck, believes in her million-copy bestseller, Mindset, -or at least kinda. What Dweck lays forward in her book are the findings of almost two decades worth of research in personality, motivation and development, in a straightforward yet intriguing way.

Let’s be clear -Dweck isn’t trying to tell you that you can become a mathematical genius or multi-billionaire by the help of some mumbo-jumbo-sis-boom-baa-method of just thinking to yourself that you already are one. Instead, she goes on to explain that our brain, just like a muscle, can “grow” and develop into a stronger version of itself through mental work and exercise. She points out that although there might be genetic limits on the maximum capacity of our mental and physical being, we will never be able to tap into all that potential without the right mindset.

Dweck then explains two of the main mental mindsets that most people have towards challenges and difficulties, and how they change the brain’s “muscle” in different ways: the Fixed-mindset and the Growth-mindset.

People with the fixed-mindset believe that their basic qualities, such as their talents and intelligence, are fixed and immutable, and will usually do things that give validation to their own beliefs of their own intellect and skills. They will usually avoid challenges in fear that they will expose them of their faults and weaknesses. In addition, they are also prone to the belief that talent alone, not effort, is the key to success.

On the contrary, people with growth-mindset see challenges as a chance to grow and not as a threat to their own unyielding ego. These people are more susceptible to learning and developing in a positive way, and generally live happier and more prosperous lives.

Have you ever, after failing at something you found to be difficult, thought to yourself something along the lines of “I’m an idiot!”, “I’m the unluckiest person on the planet”, or perhaps “Damn, somebody upstairs doesn’t like me”? I definitely have and I’m sure,  at one point or another, most others have as well. According to Dweck, this is the fixed-mindset that’s talking. What’s happening here is that, instead of learning from whatever happened, we are berating ourselves in an incredibly unproductive and profitless manner.

“She points out that although there might be genetic limits on the maximum capacity of our mental and physical being, we will never be able to tap into all that potential without the right mindset.”

The growth-mindset would instead tell us that, although we did not accomplish our goal, we have learned a great deal from what happened and should be better equipped when facing similar difficulties the next time. It takes the failure and turns it “inside-out” until it becomes an encouraging and rational vindication of our mental and physical deficiencies.

Dweck states that although most people live with a combination of the fixed and growth-mindset, it is possible to improve our growth-mindset by consciously becoming aware of the tone of the voice in our minds. That is why each chapter of the book ends with a list of mental exercises and suggestions on how to develop and enroot the growth-mindset. Furthermore, the book is split into multiple chapters that cover various subjects. It shows how the growth-mindset and fixed-mindset affect the particular areas differently, such as in business, parenting, relationships and school, and how applying the growth-mindset dramatically can change one’s attitude to challenges and promote both mental, and even materialistic, well-being.

“Dweck states that although most people live with a combination of the fixed and growth-mindset, it is possible to improve our growth-mindset by consciously becoming aware of the tone of the voice in our minds.”

Unlike many other books within the fields of psychology and mental health, Mindset is written in a simple language, and I must say I really appreciate that fact. Instead of having to reread passages filled with bewildering jargon multiple times, over and over again, and having to Google the definition of every other word to make sure I understood what the author was trying to convey, Dweck does the heroic (and quite difficult) service of keeping a complicated topic simple and understandable for the majority of non-professionals. It’s not without good reason even Bill Gates publicly has approved of Mindset and wholeheartedly recommends it.

What I find so satisfying with Mindset is that it really differentiates itself from most other self-improvement books. Whereas I get the impression that a lot of modern literature within that field is filled with vague, and sometimes dangerously irrational, encouragements to take on fad hypes and high-risk adventures that promise “shortcuts to success” -whatever that means; Mindset is a down to earth and humble book that shines lights on an important topic that so often is seemingly forgotten in today’s everyday life. 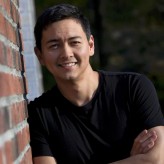